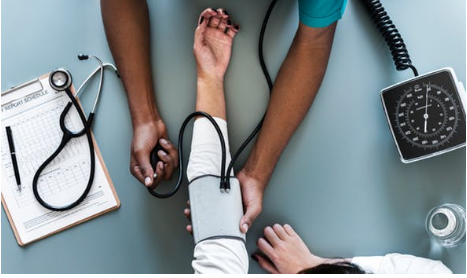 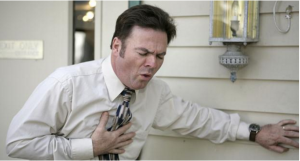 State-of-the-art technologies from copier Miami experts make our daily tasks convenient if not easier. However, most of these machines bring risks to the environment and to human health. In the case of modern copiers which are utilizing the xerography technique, ultraviolet radiation is emitted during the process of creating images or prints.

When the copier receives the command to print, it sends positive electrical charges to machine’s drum which then imprints the image. The image is then transferred to the paper as it passes through the drum inside the machine. This process produces heat and sends discharges in the air such as minute dust particles as well as UV radiation.

Toners May Cause Respiratory Tract Problems

Laser printers, as well as photocopiers, use toners which are in the form of very fine powder. Technically, these particles are not listed among hazardous substances. However, its minute dust form is bringing concerns to human respiratory tract when inhaled. This may lead to simple coughing and sneezing but can also develop respiratory tract infection. It is important that we will know the 5 Health Concerns That Printers bring.

Under normal circumstances, toner dust is harmless since it is contained within the machine. It is only when a toner is spilled accidentally on the machine during a replacement or maintenance cleaning that the clouds of dust become airborne. It is important to check the machine regularly to avoid the compartment from accumulating specks of dust, which causes clogging and thereby leading to releasing dust into the air. Careless removal of toner cartridges can result to particles spilled over other parts of the machine. It is not advisable to for people suffering from asthma, allergic rhinitis, and bronchitis to change the printer’s cartridges to avoid dust inhalation. Masks may be used to avoid inhalation of dust particles.

Although there have been no substantial studies pointing out the risks of carbon black exposure, it is still a source of concern among many users of copiers. Toners are composed of 7% carbon black. A certain group of scientists from Sweden noticed a few changes to the genetic composition in their tests involving bacteria. Since then numerous studies have been funded to determine the possible effects of carbon black to human. No unusual deaths or carcinogenic cells were identified.

Majority of the copier and multifunction equipment users are concerned about its effect on ozone. It is one of the normal compositions of the earth’s atmosphere but is unstable and considered highly reactive.

Heat And Noise Produced By The Machines

The production of noise and heat varies with each model. Some huge copiers make more noise than the compact ones. They are also known to produce more heat when used in longer hours. The noise and heat emitted by machines can be a cause of fatigue and distraction. Employees may perform poorly when distracted by the noise or the increase in temperature. It can also be a source of stress leading to lower productivity rate and mistakes on their work. For the workplace to be considered conducive for working, noise must be kept below 50 decibels. It is necessary to place the machine in a strategic place where it cannot cause any type of disturbance. Ensuring good ventilation in the office and the use of air conditioning units will help in controlling the temperature in the room.

Copier machines have lamps which emit ultraviolet light. Long exposure to such light may bring risks to the operator. In order to avoid getting overexposed to ultraviolet light, users must keep the lid closed when copying documents. If this can’t be avoided, the operator must look away from it instead.

Every business needs a copier to assist them on their daily routine. If you will be utilizing one either at home or in the office, make sure to use them properly and keep them in good condition with the help of copier Miami experts. Also, take necessary precautions to protect yourself from possible health hazards.

How long should a printer or copier last

4 Differences Between a Copier and a Printer

WHAT TO DECIDE: RENT, BUY, OR LEASE A COPIER?